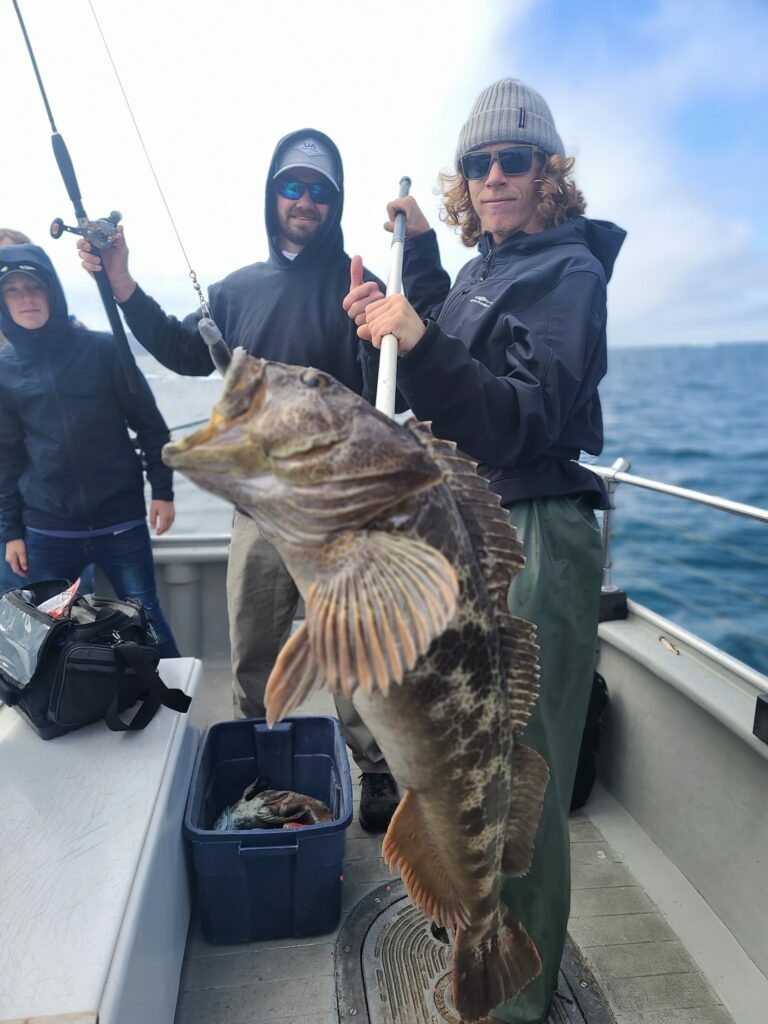 
One boat back in early follow by another boat back in early and that means limits of rockfish on those vessels.The 50′ Kadaho left a few hours later in the morning because of a minus tide for safety reasons on the bar entrance and also finished up early in the later part of the morning.  He had a limit of rockfish and a few over 20-Lingcod on his catch like the one to the right..  Thats a really nice catch on a really beautiful late June fishing ocean.