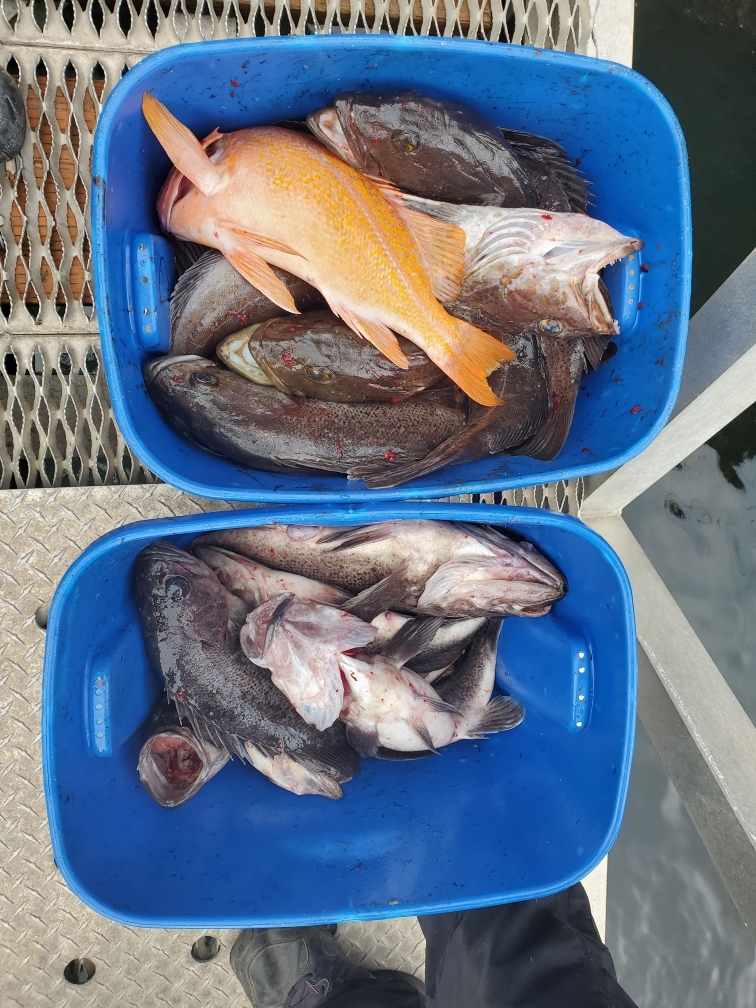 Good Weekend on The Fishing Grounds


All of the TW vessels had a good weekend on the fishing grounds with most boats coming home with limits or at least close to limits on the rockfish.  Some the boats fished close to home along the Government Point reefs where others travelled a little further up to the Lincoln City reefs.

Mostly Black rockfish being caught as that is the most prevalent of the fish we catch out of the Depoe Bay port.  The Lingcod at least for this weekend were in the deep water with quite a few of them landed out in there 150-220 foot depths.

Crabbing remains quite slow after a decent week about a week ago and now all we seem to be watching are the  female  types aha few males mixed in with them.  Not sure if it good news bout just today large amounts of females started to be caught many more then in past weeks and that might mean the arrival of the males might not be too far off.  We will see.

Remember we have a All Depth Halibut opener coming up next Thursday thru Saturday and the opening the 2021 Salmon season kicks off June 12th with a 125,000 fish quota.