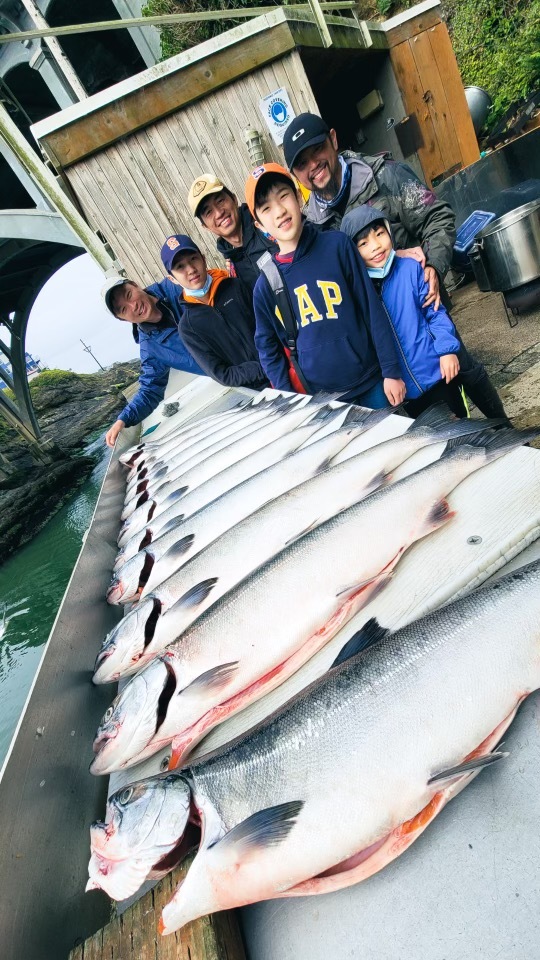 Nothing yet on the bottom fishing but the salmon fishing remains very strong as one boat was back in by 9an and the other boat for TW salmon fishing was doing very well.  More later in the day.

We are in the final 6-days today of the summer salmon season and everyone must agree that it has been the most successful season in possibly 30+ years.  With the report we heard that they expect 1.5 million returning Coho salmon up the Columbia this fall possibly the future summers look to be as exciting as this one.  Only time will tell on that one.

As of August 22nd Depoe Bay had 6,498 angular trips and landed  7,437 harvested Coho salmon. There were 9,098 native Coho salmon returned.  That is 1.19 salmon harvested per angular trip which puts us ahead of both Newport and Florence  That might be a good reason to fish with Tradewinds Depoe Bay.

The season ends this coming Sunday, August 28th.  It re-opens September 10th and runs every Friday, Saturday and Sunday until the 14,000 quota for the non-selective season is reached. That quota size probably will rise some as normally there is a rollover from the left over quota from the summer season.  The ODFW will lets know about that as the time gets closer.