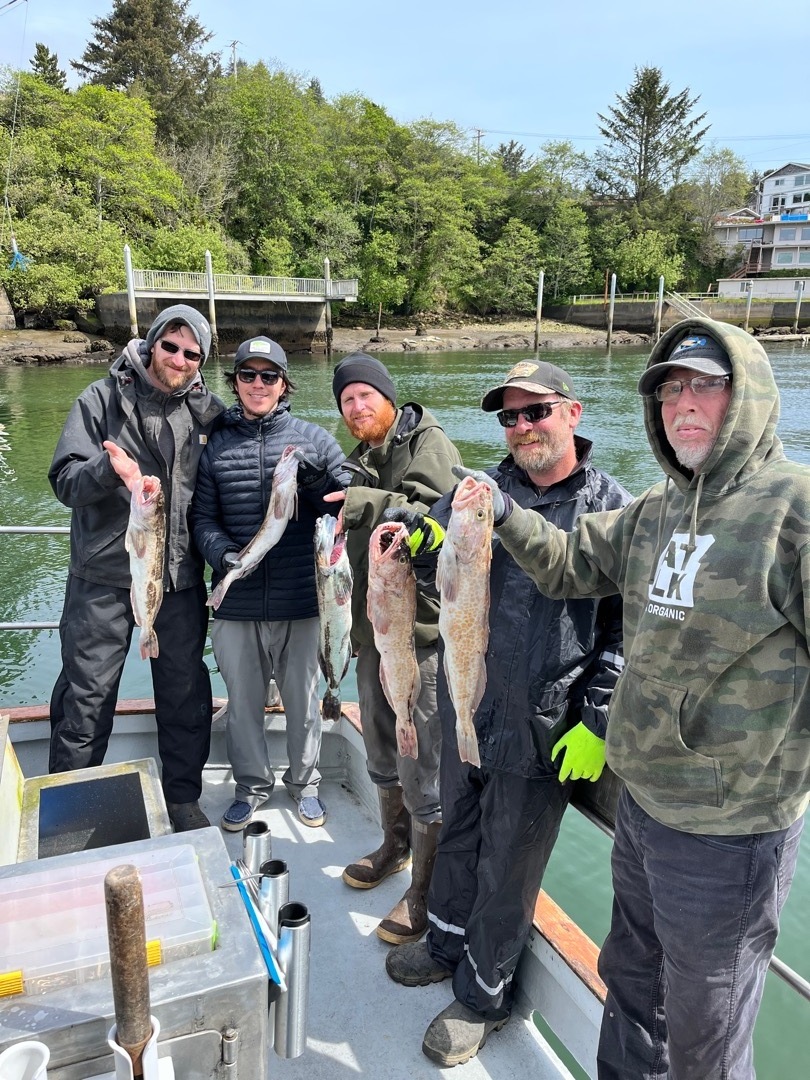 Strange Sunday on the northern reefs


As the Kimberly Ann does on most trips we headed up to the northern reefs off of Lincoln City and for the first two hours not only found not a single fish biting but the fish locator machine was showing “virtually nothing”.  Strange occurrence would be an understatement at the least.  So the skipper took the folks onboard even further north and finally found some fish showing which would in past years normally be a Canary rockfish bonanza.  It was today as well but also included some really nice 23-29 inch Lingcod.  There were as many Lingcod at this spot as you might ever see but we had to throw back at least 35-40 smaller variety but still fun to catch.  One of the most hearty of the species they go right back down unharmed.

The Kimberly Ann is the ONLY charter boat in Depoe Bay which uses heavy tackle as there priority tackle as it is easier to fish deeper water and keep the bait on the bottom. This is where the "toothy" Lingcod are and the Canary rockfish which normally are not in on the more shallow reefs.  It turned out to be a good day with limits of rockfish and about 1.5 Lingcod per rod.  The crabbing was spectacular if you could keep female crabs as we threw back about fifty of them. We were only able to keep 8 legal male crabs.  Guess we need to find another spot where the females don’t want to go.